All Wake Orthopaedics locations are operating on regular business hours. We have increased safety measures to help protect against the exposure to Coronavirus (COVID-19). Learn More. 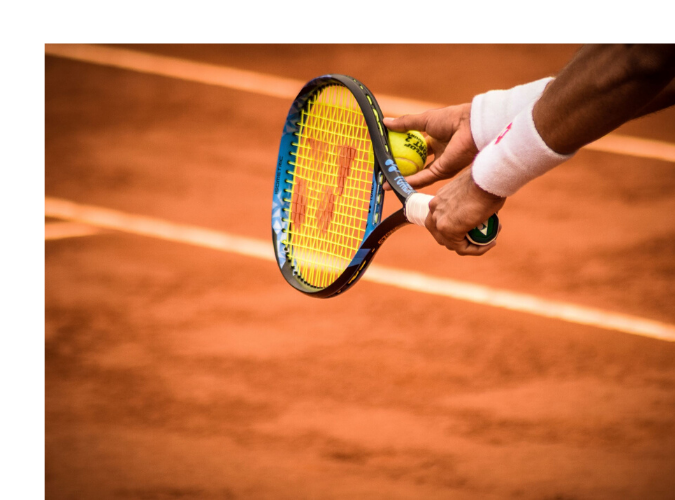 Athletic injuries have always been a part of the game, and tennis is no different.  As an orthopaedic hand surgeon and former collegiate tennis player, I have seen everything from simple tendonitis to full ligament tears in athletes.  In the past, this could often lead to months of recovery, rehabilitation and prolonged time out of sports.  But recent advances in ligament repair techniques have allowed for faster recovery and return to play.

One of the commonly injured ligaments of the hand is the ulnar collateral ligament in the thumb, or the UCL.  This ligament stabilizes the thumb to allow us to pinch, grasp, and hold a racquet.  When injured, the stability of the thumb is compromised leading to pain and instability-and inability to hold a racquet.

In the past, surgery involved repairing this ligament back to bone.  But recovery often involved at least 6 weeks in a cast and another 6 weeks of motion strengthening before athletes could return to play.  Recently, a new technique of ligament repair with augmentation, known as the "Internal BraceTM”, has allowed us to return patients to sports in half that time.  In this procedure, the ligament is repaired back to bone, but a second thickened suture is then placed on top of the ligament to add additional stability to the repair.  This suture is four times as strong as the normal repair and helps protect the ligament while it heals.

The concept of augmenting ligament repairs with Internal Bracing is being applied to ligament repairs across the extremities.  We are seeing much faster recovery with wrist, elbow, shoulder and ankle injuries treated with ligament repairs and internal brace augmentation.  These patients report faster healing times, quicker rehabilitation, and faster return to their sporting activities.

While injuries may be a part of the game, the internal brace is a game-changer to get you back into action.