All patients are required to wear a mask before and during their appointments. Thank you for your cooperation. Learn More about our COVID-19 policies here.

Our sports medicine doctors are passionate about treating athletes of all ages. 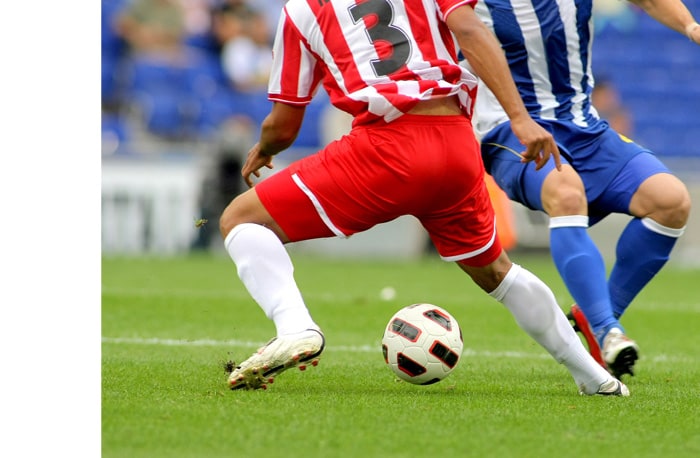 When getting back in the game is the goal, the Wake Orthopaedics sports medicine specialists in Apex, Brier Creek, Cary, Garner, North Raleigh and Raleigh, NC are here for you. From little leaguers to professional soccer players, we treat athletes of all ages and have extensive experience in the surgical and non-surgical treatment of sports injuries.

Our sports medicine doctors are board-certified in Orthopaedic Sports Medicine and have years of experience working with sports teams, big and small, to ensure their players have the best orthopedic care. Dr. Chappell is proud to serve as the chosen orthopedic service provider of the North Carolina FC Men's and NC Courage Women's professional soccer team.  Dr. Summers previously served as the team doctor to Enloe High School, Athens Drive High School, Green Hope High School, and Middle Creek High School for more than 10 years.  He is also the proud recipient of the North Carolina High School Athletic Association Award for Medical Service to Member Schools.  Dr. Mark Wood is honored to serve as the Medical Director and provides Sports Medicine Coverage for North Carolina FC Youth, the largest youth-to-pro soccer club in the nation.  He also serves as the Sports Medicine Doctor for Trinity Academy and Grace Christian School for each organization's Athletic Trainers.  He is the Chief Medical Officer at SwingNC Racquet and Paddle, a facility dedicated to racquet sports with a focus on sports science, injury prevention/prediction, physical therapy, sports medicine, health and innovation.  Wake Orthopaedics is also a proud supporter of Oak City CrossFit and Raleigh ProLeague.

Whether you are a baseball player with an overuse injury, an occasional tennis player with a sore sore elbow, or a professional soccer player with an ACL injury, we can help. From orthopedic surgery to therapy and rehab, Wake Orthopaedics offers comprehensive sports medicine in Apex, Cary, Garner, North Raleigh and Raleigh that’s effective and long-lasting.

However, we do much more than just treat sports injuries. We also help prevent injuries with our Sports Injury Prevention Program.

We would love to help you get to know our sports medicine specialists and explore how they can help improve your game now and in the future. Find your nearest location or request an appointment by filling out the form to the right of the page. We are invested in your health and strive to offer exceptional orthopedic care to your community. 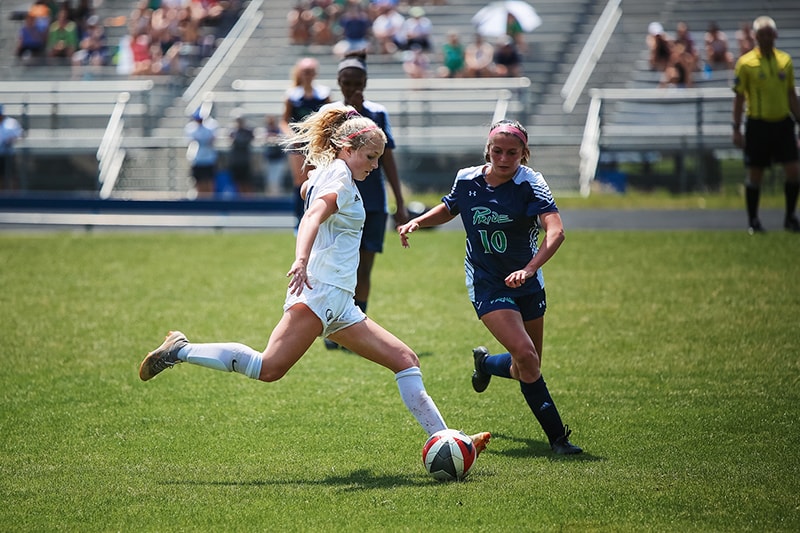 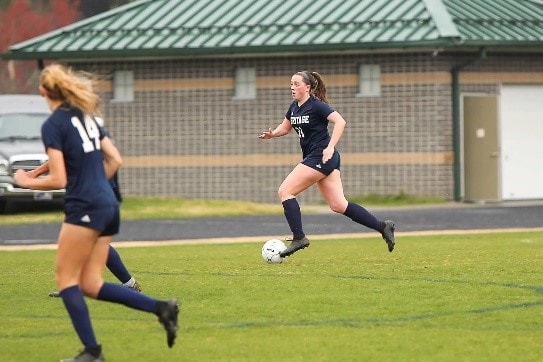 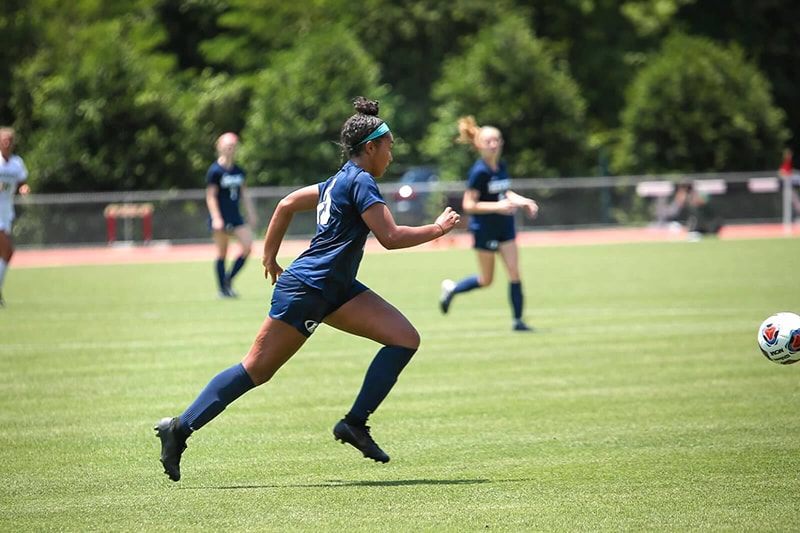 From Injury to Championship

The patience and dedication the 3rd seed Heritage Huskies Womens Soccer team showed on the field with their thrilling State Championship win over the 2nd seed Pinecrest Cougars was no match for the patience and dedication that several Heritage players have exhibited off the field.  Behind 80 minutes of regulation time, 20 minutes of overtime, 10 minutes of Golden Goal and 4-2 in penalty kicks stand 3 athletes who worked their way back from potentially game-ending injuries in order to contribute to their team securing the school’s first 4A State Championship title.  Fain Buete, Teresa Hupp and Bri Holt’s journey required extended time, patience and dedication to overcome serious injury that allowed them return to play the sport they love.  Wake Orthopaedics Sports Medicine specialist Dr. Mark Wood notes that, “The common denominator for each athletes journey was a supportive team including their athletic trainers, physical therapist, parents, coaches, and a dedicated Orthopaedic Sports Medicine team.  Unfortunately, injuries are quite common in female soccer players and a significant number of athletes are never able to return to their pre-injury activity level after surgery. Credit goes to these athletes for the commitment required to not only rehabilitate from their injuries but also put in the extra work and focus to correct identified neuromuscular deficits known to prevent another injury”

With her dad playing soccer and her mom running cross country for Lander University, Fain’s athletic ability was in her genes.  With 15 years of soccer behind her, it is hard for Fain to narrow down the most impactful moments in her career but some of the ones that stand out most to her are winning the state championship with her u11 team in Louisiana for the Baton Rouge Soccer Club, playing on one of the best Girls Developmental Academy (GDA) teams in the country (NC Courage) and of course winning the 2019 4A State Championship.

When you think of an athlete being injured you probably do not expect to hear the athlete say that it was one of the best things that have happened to them, but that is how Fain felt about tearing her lateral meniscus.  During a game with her NC Courage GDA team, she was hit on the outside of her knee.  Following surgery, her mobility was limited and she was forced to miss her last few club soccer games.  Still, with all that she had been through, she pulled the positives from the experience and recognized how it had changed her: she was more aware of her movements and was more appreciative of being able to play.  The constant support of NCFC Youth Trainer, Jason Bailey, kept Fain’s spirits lifted through her journey.  Jason gives all of the credit to Fain: “Fain was diligent with her rehabilitation, strengthening and fitness to allow her to return to the pitch and eventually onto a championship team!”

Coming back wiser and stronger, Fain received the Husky Courage award for her high school team.  She was also awarded an All-Conference award and an All-Region award.  She will be continuing her academic and soccer career at Ole Miss where she plans to major in Integrated Marketing Communications.

Teresa began playing soccer in kindergarten and soon graduated to playing rec league for the “Pink Flamingos”.  From there, she launched her soccer career with CASL’s prestigious youth classic program.  Outside of CASL she dedicated countless hours to lessons at Next Level Academy and Soccer Genome, and Duke’s summer soccer.  While some of Teresa’s favorite memories of the sport are when she scored her first of many header goals at Nationals when she was 11 and the sweltering summers spent playing 3v3 tournaments with her best friends, the pivotal moment in her soccer career was when she and her Heritage High School teammates won the 2019 4A State Championship.

With Teresa’s impressive soccer resume you would never know that she has rehabilitated from not one, but three patella instability injuries over a seven-month span.  Her injury sidelined her for large portions of time but ultimately was what motivated her.  She was dedicated to her rehab program with Luke Hudson, Physical Therapist, and Certified Injury Prevention Specialist, and maintained patience with commitment to the process.  Luke immediately recognized Teresa’s “focus and determination” and knows that “allowed her to excel in rehab and will serve her well in whatever she pursues.”  He was right because despite having to wear a brace for a year-and-a-half upon her return, she persevered and had a score and an assist her in her first game back.

Since her Return to Sport, Teresa was selected as the captain of both her club and high school teams 2 years running.  She was named “Athlete of the Month” for Heritage High School in 2017, as well as a 3-time All-Conference selection, a 3-time All-Region selection, and a 4 time Academic All-Conference selection.  All of this while also receiving the Sportsmanship Award during the 2019 State Championship for displaying sportsmanship throughout the season.

Teresa recently graduated from Heritage High School and plans on attending Eastern Carolina University Honors College on a full academic scholarship as an EC Scholar and looks forward to trying out for the ECU Women’s Soccer club team.

With her father having played football and her mother soccer at NC State, it was only natural that Brianna, who goes by Bri, took an early interest in soccer.  By the age of six Bri’s parents had enrolled her in her first soccer rec league where she quickly excelled.  There are many years of happy memories playing soccer and many championships that Bri has contributed to.  In 8th grade, Bri’s middle school team at North Raleigh Christian Academy won their conference championship.  Fast forward to this year and it was Bri’s game-winning Penalty Kick that propelled her Heritage High School team to the 2019 4A State Championship.

Unfortunately, as many soccer stories go, Bri was not void of injury.  In 2017, while fighting for a ball, she landed awkwardly heard a “pop”.  She knew immediately that the injury was serious and was quick to fill with fear.  When Bri received the news that she had torn her ACL and would not be able to play soccer for almost a year, she was devastated.  Bri met with Luke around 6 months post ACL reconstruction when she came in for her initial return to sport testing.  Luke stresses that the return to sport process can be very frustrating following an ACL injury, but “Bri maintained a positive attitude every time he met with her for testing.”  Not being able to play was one of the hardest things Bri had ever experienced but the support of her family and teammates helped get her through it.  Being sidelined motivated her to work through her long rehab process and take the proper time required to focus on her come back to be healthier and stronger than ever.  “By having this injury it definitely tested me as a person, and I learned a lot about myself through the process.  Although injuries are often going to be negative at times, definitely finding the positives of the situation helped me throughout the whole recovery.  It was challenging, but at the end of the day, I realized that it was not the end of the world and I got through it.  I was back before I knew it and better than ever.” ~Bri

Bri boasts a 2019 4A State Championship title and earned All-Conference and Academic All-Conference selection.  She was also named the 2019 Comeback Player of the Year.  She plans to continue playing soccer with the NCFC Courage Girls Developmental Academy (GDA) and hopefully follow in her mother’s footsteps by playing at the collegiate level.

After an ACL tear due to soccer, Stewart Jones found just the help she needed at WakeOrtho. More than 3 decades earlier, her grandpa, an ortho surgeon, helped repair a terrible injury for another player, inspiring her surgeon, Dr. Mark Wood, to pursue the same career. Read more here. 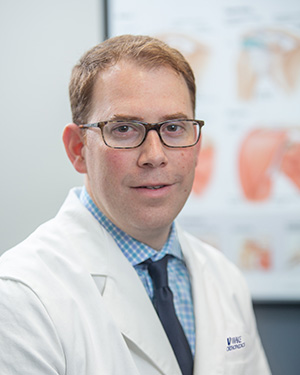 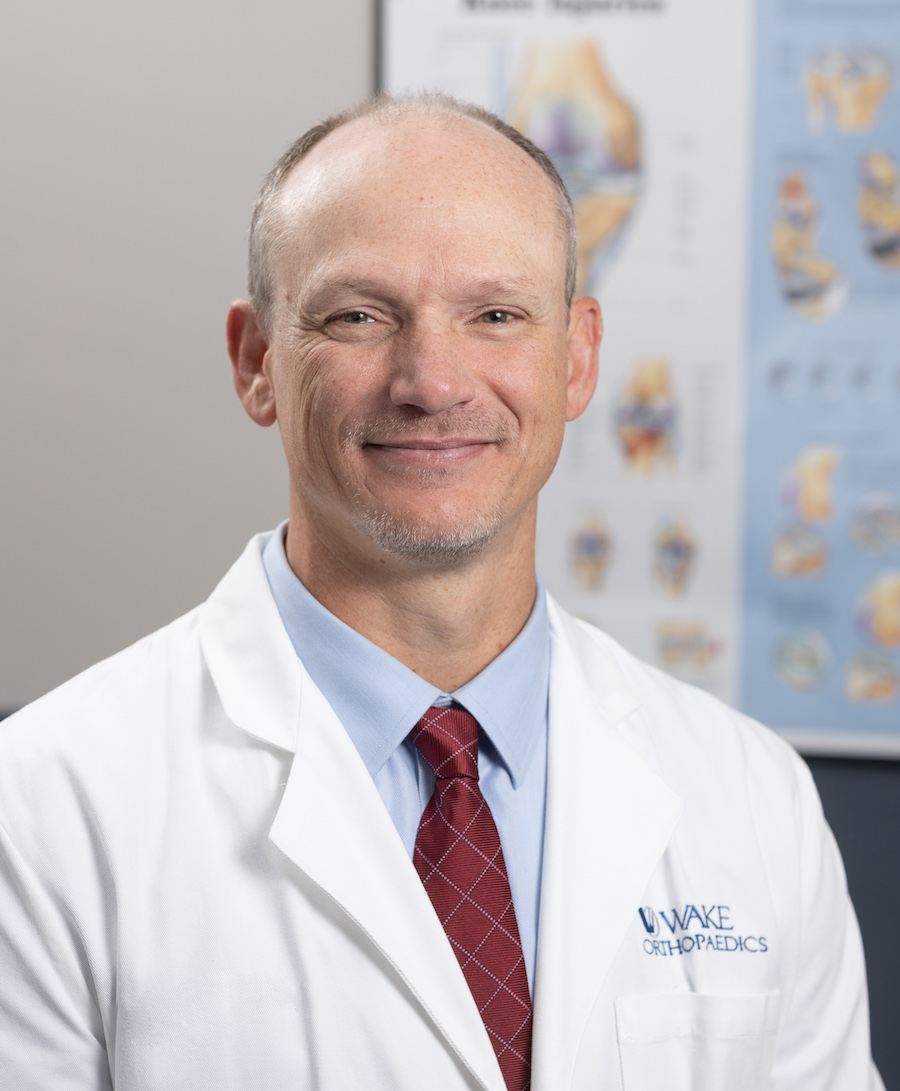 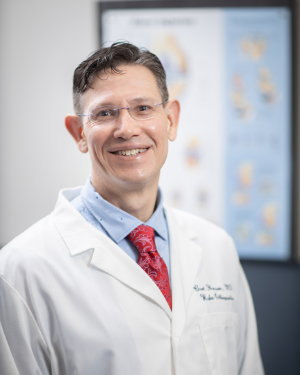 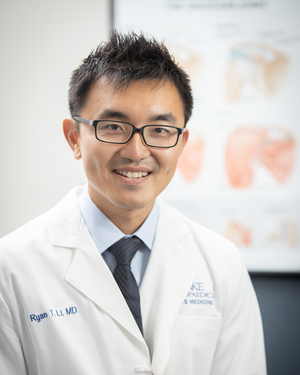 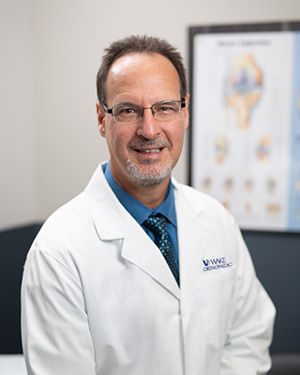 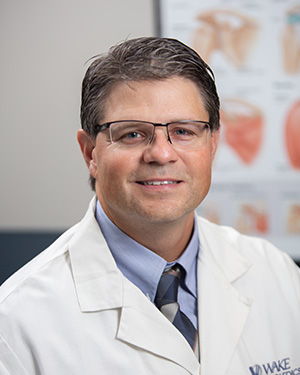